What Every Employer Should Look For During Interviews 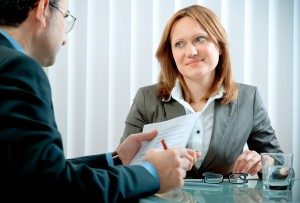 Everyone realizes that candidates get nervous before and during interviews—hoping they impress the hiring manager with their credentials and personality, and not saying anything that will jeopardize their chances of being hired. What most people don’t think about, though, is how nervous the employer could be, as well. After all, they have to make a very critical decision based on credentials and impressions. Hiring the wrong candidate can end up costing the company a lot both financially and in productivity.  So naturally, there is a lot of pressure to get it right the first time.

If you’re in this boat, the person who sits on the other side of the table from the candidate during interviews, here are some helpful tips on what you should be looking for to help you make the best decision.

This is certainly not a complete list of qualities to be looking out for during interviews, but it will give you a good foundation for setting apart the candidates who have the greatest potential for success in your organization. If you have any other questions on the most effective ways to conduct interviews, please feel free to contact us directly. We would be happy to assist you in any way possible as an extension of your recruiting/hiring efforts.